How does the R22 Refrigerant Phase out Affect St. Louis Area Homeowners? 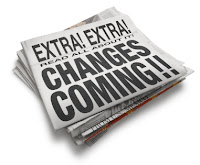 In 1992, an amendment was made to the Montreal Protocol that would affect most homeowners around the country. A plan was set in place to phase out R22, the most commonly used refrigerant in all residential cooling systems.

Given the somewhat complicated schedule of the R22 refrigerant phase out, many homeowners can be confused about how the protocol directly affects them and their units. That’s why we wanted to address some of the most common questions St. Louis area homeowners have about phase out.

Why is R22 refrigerant being phased out?

As we discussed in our blog about air conditioner refrigerant earlier this week, many cooling systems eventually develop leaks which cause refrigerant to be released into the environment. This contributes to the depletion of the ozone layer, especially when you add up the amount of homes that use R22 refrigerant around the world.

R22 is also a greenhouse gas, and the manufacturing of it significantly contributes to global warming.

When will the R22 refrigerant phase out begin?

What if you have a unit that requires R22 refrigerant?

If your current unit requires R22 refrigerant, you don’t have to worry about replacing it with a new system for some time. As mentioned above, the refrigerant will continue to be produced for existing equipment until 2020, and existing R22 can also be recycled and reused for further use in other units.

The EPA says that R22 should be available for at least the next 10 years. Given the fact that the lifespan of a well-maintained air conditioner is about 15 years, this should be plenty of time to hold you over until it’s time to invest in a new, environmentally-friendly unit.

If you have any questions about the R22 refrigerant phase out, contact Jerry Kelly, your St. Louis area heating and cooling company.

R410a Refrigerant: Where we’re headed after the R22 Phase Out » « Air Conditioner Refrigerant: What St. Louis Area Homeowners Need to Know
We Respond Quickly & Fix it Right The 1st Time!

8 Days A Week! 8AM - 8PM No Extra Charge for Weekend Service! Emergency Service Available Schedule Online
The Most Important Part of Our Company is Our Customers
Kimberly G.
01:51 22 May 22
I had my ac tuneup for the Dpring. Aaron was very professional and thorough. He did great work.
K M.
20:14 21 May 22
Erik was very helpful in explaining what was wrong with my A/C unit. Was thorough and efficient, very knowledgeable.
bryan D.
18:23 21 May 22
Mike C came out and fixed our ac in a timely and professional manner. Very happy with the service he performed.