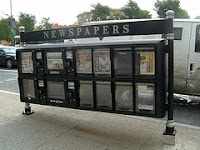 Last month there was some big news in the HVAC world: A new federal law that would raise the efficiency standards of newly installed furnaces was put on hold. Today, we want to give our customers some more information about this law and the potential effects that it could have on homeowners who are expecting to replace their furnaces in the near future.

What are the details of the law and what happened to it?

In 2011, the Department of Energy (DOE) announced a new rule that would require all newly installed furnaces in the northern part of the United States (including Missouri and Illinois) to have an AFUE rating of 90 percent or higher, more than 10 percent higher than the current federal requirements. The new rule was set to go into effect on May 1, 2013.

Last month, after the American Public Gas Association (APGA) challenged the new rule, the federal government agreed to put the new rule on hold in order to give more time to the development of the new standards.

What were the arguments for the new law?

Nearly everyone involved with the issue agrees that higher efficiency standards can have a number of positive effects for homeowners and for the environment. Because high efficiency furnaces consume and waste less natural gas than mid- and low- efficiency furnaces, the operating costs for these units are lower. Homeowners can see significant cuts in their utility bills by upgrading to a furnace with a 90+ percent efficiency rating, especially if their current system has a much lower rating.

Less energy consumption in homes across the US would also be beneficial for the environment because it would reduce greenhouse gas emissions on a national level.

What were the arguments against the new law?

The primary problem that the APGA had against the new law is that it could place a significant financial burden on some homeowners who need a new furnace. Because of the way they are vented, high efficiency furnaces require a more complicated installation than medium or low efficiency furnaces. This would raise the installation costs of a new furnace, especially for people in older homes where retrofitting can be difficult.

Because the new rule would lead to higher installation costs, the APGA also feared that some homeowners would choose to keep repairing an old and potentially unsafe furnace to avoid spending money on a high efficiency unit that met the new federal guidelines.

We’ll keep you updated on any developments with these federal efficiency standards for furnaces. If you have any questions, or if you’d like a heating system serviced or installed in your home, contact Jerry Kelly, your St. Charles heating and cooling company. We service the St. Louis area and surrounding towns like Clayton, Lake St. Louis and St. Peters.

8 Days A Week! 8AM - 8PM No Extra Charge for Weekend Service! Emergency Service Available Schedule Online
The Most Important Part of Our Company is Our Customers
Kimberly G.
01:51 22 May 22
I had my ac tuneup for the Dpring. Aaron was very professional and thorough. He did great work.
K M.
20:14 21 May 22
Erik was very helpful in explaining what was wrong with my A/C unit. Was thorough and efficient, very knowledgeable.
bryan D.
18:23 21 May 22
Mike C came out and fixed our ac in a timely and professional manner. Very happy with the service he performed.